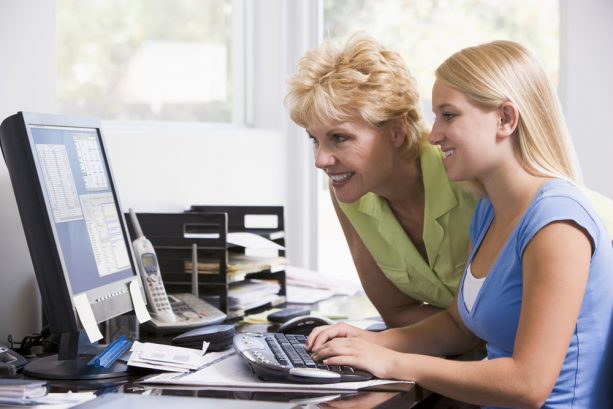 Is my child at risk from online predators?

Although it can happen, the risk of a child or teen being harmed by someone they met on the Internet is very low. There has been widespread misunderstanding of a 2005 study that found that 1 in 7 youths had received an unwanted online sexual solicitation but the authors of that study — the Crimes Against Children Research Center (CCRC) posted a fact sheet that explains that these solicitations are typically not from predators and most of the recipients of the solicitations did not view them as serious. “Most were limited to brief online comments or questions in chat rooms or instant messages. Many were simply rude, vulgar comments,” and “Almost all youth handled unwanted solicitations easily and effectively.”

ConnectSafely.org advises young people to “be cautious when communicating with people you don’t know in person, especially if the conversation starts to be about sex or physical details. Don’t lead them on – you don’t want to be the target of a predator’s grooming. If they persist, call your local police or contact the CyberTipline.com.”

How common and dangerous is cyberbullying?

A 2013 survey from the Centers for Disease Control found that 14.8% of students had been electronically bullied, including being bullied through e-mail, chat rooms, instant messaging, websites, or texting, during the 12 months before the survey. That’s about the same as the  2011 study from the Pew Internet & American Life Project, which found that 15% of teens say they have been the “target of online meanness and 19% had been bullied. The largest source of bullying (12 percent) was in person, followed by text messaging (9%). Eight percent said they had been bullied via email, a social networking site or instant messaging and 7% were bullied via voice calls on the phone. Girls are more likely to have experienced what we typically call “cyberbullying,” while boys and girls are roughly equal when it comes to in person bullying.

A 2011 EU Kids Online (PDF) study from the London School of Economics found that “across Europe, 6% of 9- to 16-year-old Internet users have been bullied online, and 3% confess to having bullied others.” In the U.S., the Cyberbullying Research Center found that 20% of “randomly selected 10 to 18 year old students in 2010 indicated they had been a victim at some point in their life.”

The impact of cyberbullying can range from inconsequential to extremely severe depending on such factors as the severity or the bullying and the reliance of the person being bullied.

How common is sexting and what are the dangers?

An often cited but flawed 2009 study suggested that 20% of youth had engaged in sexting but that study included young adults. More credible studies from the Pew Internet & American Life Project and the Crimes Against Children Research Center (CCRC) paint a much less dire picture. The 2011 CCRC study found that 2.5% of 12 t0 17 year-0lds had sent a nude or nearly nude picture of themselves and that 1.3% had sent a picture that showed breasts, genitals or “someone’s bottom.”

The CCRC study also found that older teens are far more likely to send a sext than younger kids. More than seven in 10 (72%) of the kids who had sent nude or partially nude images were 16 or 17.

The Pew study found that about 2% of teens had sent nude or nearly nude pictures of themselves.

About 7% of youth had received a nude or nearly nude image in the past year, but a single image could be sent to multiple kids.

What are the risks of posting personal information online?

It depends on the information. It’s never a good idea to post credit card numbers or social security numbers anywhere, and generally a bad idea to post your home address or phone number in public. Even posting an email address in public can be a problem in that it can encourage spam. Posting these things to your friends on a social network can be convenient because it makes it easier for them to contact you, but only if you trust your friends not to share it publicly (of course your friends probably already know contact information).

As far as sexual exploitation is concerned, we know from the 2005 Youth Internet Safety Survey YISS-2 that “posting personal information online does not, by itself, appear to be a particularly risky behavior,” as summarized in this paper by researchers who conducted the study.

Of course, there are other risks in terms of personal privacy and security so the general rule — don’t post anything online that you wouldn’t want your grandmother, a future boyfriend or girlfriend or the general public to know, still stands, which is a great segue to the next risk, personal reputation.

It’s certainly possible for anything you post on a social networking site to affect your reputation. That’s why it’s a good idea to avoid posting any picture or comment that you wouldn’t feel comfortable sharing with the public now or in the future. Learn to use the services privacy protections but, even if you have your privacy settings turned on, there is the possibility not only that what you post could affect your reputation among your friends who can see it but there is the further possibility that someone could copy and paste it and share it with others.

How much is “too much” time online?

You know what they say about “too much of a good thing.” The biggest problem with spending too much time online is that it can take away from other important activities including physical activity and in-person socializing. There are no hard and set rules as to how much time kids or even adults should be spending online, but if it starts to interfere with other aspects of your or your child’s life, then you’ve almost certainly gotten to that point.

What is the impact of pornography on kids?

It is also important to distinguish between occasional use of pornography and excessive or obsessive use as well as the types of images being looked it.

What special risks are associated with Facebook, Google+ or other social networks

The risks associated with social networking are based on how you and people you interact with behave on those networks. What you post can affect how people feel about you and what others post can affect you as well. For example, if someone posts rude or mean comments about you (sometimes called cyberbullying), it can be hurtful and demeaning. It’s also possible for people to post unflattering or inappropriate photos of other people.

There are also some security risks, especially if others get hold of your password or if you click on links in social networks that take you to websites that distribute malicious software (“malware”) that can infect your computer or phone.

Is there any danger in online games?

Some online games — including some played on video game consoles — have a chat feature that allows you to interact with other players. This can greatly enhance the enjoyment of the game, leading to camaraderie among teammates or friendly ribbing between opponents. But like any chat tool, it can also be misused. Children need to be cautioned not to give out information in any chat area that could allow a person to contact them in the real world and parents need to be aware of the possibility (however unlikely) that someone could be using these chat tools to engage their children in inappropriate conversations.

What are the dangers associated with mobile phones?

Today’s smart phones are pocket-sized computers so just about anything that can be done with a PC can also be done with a smart phone, including email, web surfing and live chat along with texting.  Smart phones can also be used for video chat and as still and video cameras so it’s important that kid understand the risk of impulsively taking and sending inappropriate photos and videos. Kids can be bullied via cell phones and, like all media, there is the danger of spending too much time or using the phone at inappropriate times. It’s a good idea for kids (and adults too) to turn their phones off at night when it’s time to sleep.

Also, almost all of today’s phones are location-aware which means that the phone is able to pinpoint the user’s location. There are many apps that can pass on that location information to others so youth need to be cautioned to be very careful about how they use these services and to only share their location with close family and friends and to stop sharing it with anyone who ceases to be a trusted friend.

For anyone behind the wheel, the most distracted driving is a serious risk. Never text and drive and be careful when talking on the phone. It’s not just a matter of “hands-free,” it’s also the issue of focus. Don’t let your conversation distract you from your driving.

How can my kids and I protect our security?

The simple answer is to think critically about the information you provide. If you get an email that asks you for a password and user name, question whether it’s legitimate and — even if you think it is — don’t click on any links but type in the address of the site yourself to avoid getting caught up in a “phishing” scheme. Make sure you have secure passwords and that you never give them out to anyone (except kids sharing them with parents). Be sure that your computer or device’s operating system are up-to-date and use up-to-date security software. Be very careful about any apps you install on a smart phone or software you download on a computer and also be aware of games and other apps you run on social networking sites.

Should I install Internet filtering or monitoring software

Filters can usually prevent young children from accidentally stumbling on troubling or inappropriate material, but they are less effective at keeping older kids and teens from deliberately visiting blocked sites. There are several ways to get around filters, including using another computer, mobile phone or tablet that’s not filtered.

Monitoring tools can inform parents of where their kids are going but some kids –especially teens– feel that it’s an invasion of their privacy and many would argue that it’s not necessary or helpful.

The use of these tools are personal decisions that every family needs to put thought into. If you do use a tool, it’s a very good idea to tell your kids that it’s there and for parents to think about how to wean their kids away from filtering and monitoring as they get older and/or more responsible. Ultimately, the only filter that can fully protect your child isn’t the one that runs on a computer or a phone but the one that runs in the computer between their ears. It’s important to teach critical thinking skills to help children make good decisions on and off the net now and as they mature. With any luck, your child will grow up and become independent so it’s important they develop their own controls rather than relying on those imposed by parents or schools.

Do consider configuring your search engine for “safe” or filtered search or use SafeKids.com’s Child Safe Search (powered by Google).