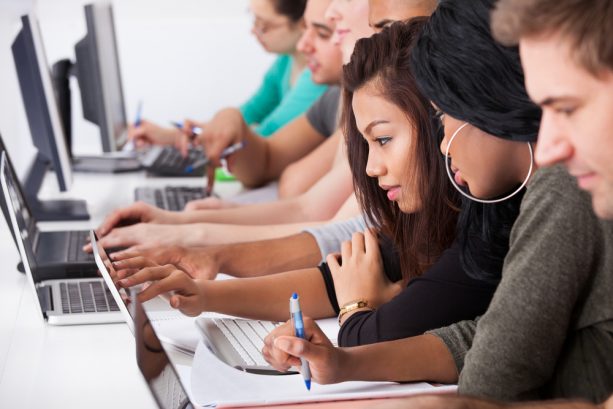 The run up to Safer Internet Day in February each year often coincides with the release of research about children and young people’s use of the Internet. 2015 was no exception. I listened to a number of contributions that were pertinent and useful for practitioners, educators and parents to consider and reflect on.

Of particular interest in the media is the problem of sleep deprivation amongst teenagers. This is in part, due to the increased use of electronic devices before going to sleep. A research study by Harvard University released in December 2014 investigated the impact of “light-emitting electronic devices just before going to sleep for reading, communication, and entertainment.” It found that such usage greatly disrupts sleep and the ‘circadian’ clock (body clock to the rest of us) that regulates our biological rhythms across a 24 hour period and can have ‘adverse impacts on performance, health and safety’.  So sleep deprivation related to device use before going to sleep is certainly something to be concerned about as a parent and an issue that I’m sure many teachers have to deal with daily. Dr Richard Graham, Child and Adolescent Psychiatrist treating children for such issues, takes this further suggesting that tiredness and irritability, and poor concentration over time may also underpin some of the more toxic aspects of online life such as cyber-bullying.

Tablet and mobile adoption by is growing

Juxtaposed with this research on sleep was the research about changes in children’s media consumption in the UK by OFCOM, which revealed a significant increase in the use of tablets in the home, particularly for young children. Indeed it has increased by 20% for children and young people aged 5-15 years, while four in ten children aged 3-4 years now use tablets. These statistics highlight the fast pace of adoption of these small devices by children and suggest an even greater need for parental management and involvement in children’s digital use.

In terms of teens, the importance of mobile devices was punctuated with a big increase in smartphone ownership at the age of 13, when ownership jumps from four in ten for 12 years old to almost seven in ten at 13 years.  But despite these changes, laptops and netbooks remain the most popular connected device among 5-15 year olds. Interestingly, the researchers identified the tipping point for device influence on online media consumption is owing their first smartphone, and the tablet has become the ‘warm up device’ or pre-runner for owning a smart phone by a young audience.

The Ofcom research draws attention to the differences of gender in use of social media, with girls aged 12-15 most likely to have concerns or dislikes about social media sites (73% vs. 52%), which related specifically to people being bullied, spending too much time on these sites or apps, and friends behaving in thoughtless and hurtful ways.

In contrast, boys’ preference for gaming devices is evident from an early age, pointing out that three in ten (30%) aged 3-4 year olds use a handheld/portable games player, compared to two in ten (21%) girls, while boys 5-7 years old are almost twice as likely as girls to say they regularly use a games console/player (29% vs. 17%) and the gender gap increases with age: 52% vs 19% for 12-15 year olds.

Digital parenting – getting the balance for digital resilience

All this is significant in the changing landscape of digital media consumption and adoption by children and young people and the challenges it presents for parenting.  It would be understandable for parents to feel overwhelmed by this and more than tempting for them to monitor and control their children’s digital media use 24/7 to prevent the tired, irritated and angry child or teen emerging each morning to face the day. But further research by the University Oxford Internet Institute and UK parenting organization ParentZone suggests that promoting and supporting children’s digital resilience and ability to self-regulate their Internet and social media use is more important than attempts to control and monitor teen’s digital media consumption. It suggested that a focus on empowering young people for independent life is key, and that top down strategies such as banning or filtering teens’ usage may compromise their long-term well being. Their suggestion is for parents to have an enabling and supportive approach, where children feel unconditional love and support, and where parents are involved in their lives providing respect their choices and opinions. Children and teens who benefit from this are more likely to be resilient online and be able to enjoy the positive opportunities the Internet and social media offer. However we still have something to learn about the different types of vulnerable children, and how we can best promote their resilience.

Putting all this research together more than articulates that parenting in the digital age is a tough and challenging job, just like tackling most issues in parenting. It’s evident that children who grow up within warm and open relationships do well, and this is perhaps the best protective strategy overall for parenting. For very young children, with the increasingly fast adoption of digital devices, it emphasises more than ever the need to put in place clear boundaries about their digital usage. Take for instance, restricting the amount of time children use digital devices online or offline, and not allowing a small electronic device in their bedroom. And if things get out of control, the importance of a digital detox will remain a key course of action. This will help put it all back in perspective if a child is immersed in the technology and becomes irritable and unreasonably angry if you attempt to limit their use. Parents must take these actions to help the child achieve a balanced and active life where digital media consumption is a part of their experience and not all of it.

Teens, as ever will always be challenging as they strive for their independence and assert their need for more privacy from their parents and other adults, and take leaps in forming new relationships. Their digital usage from a parenting perspective, more often than not, will be a negotiation based on mutual trust and confidence, knowing your own child, as well as their personality and own limits.

As adults its critical to reflect on our own behavior in using digital media as well. There may be a problem, if, like me, you are checking your iPhone way too much for comfort, or feel you are at it’s beckon call. This is important because how parents behave and the rules they set for their children, like all aspects of parenting even in a digital world, still remain paramount in shaping their children’s lives.